What on Earth is Qi?

I know what you’re thinking; Qi sounds like one of those hippy-dippy buzzwords that can’t possibly be real. But the fact is, almost all cultures on Earth have some sort of term or concept for the Universal Energy surrounding and running through us: Qi, Mana, Prana, Spirit, The Force…. Even science says that when you get down to the sub-molecular level, everything is just made up of energized particles moving at different rates and patterns. The point is, this is not a new concept, and it’s not going anywhere, so we might as well learn what we can about it!

In Traditional Chinese Medicine, Qi (also known as chi), is the vital life force that makes up and binds together everything in the universe, including us. We take in Qi through the food we eat, the water we drink, and the air we breathe. That Qi becomes part of us, and then eventually is released back into the rest of the world. Problems arise when that flow of Qi is interrupted in the form of physical, mental, or emotional ailments.

Qi is not a uniform force. There are different aspect to Qi, which we call yin and yang (yes, represented by the circle icon that everyone got tattooed in the ‘90s). Yin represents the passive, feminine aspect of Qi and is associated with structure, night, cold, slow, and calm. Yang represents the more active, masculine energy of Qi, and is associated with function, day, hot, fast, dry, and energy. It’s important to recognize that we all have both aspects of Qi, and that the balance between the two is what keeps us healthy.

There are a variety of ways that your Qi can become blocked or imbalanced, including your genetic makeup, diet, emotions, and habits. The most common causes these days are chronic stress and sleep deprivation, but things like food sensitivities and air pollution can also cause issues. Here are some of the ways Qi imbalances can manifest:

Luckily, there are a variety of ways to treat Qi imbalances in Traditional Chinese Medicine, which have been established and refined over the thousands of years it has been in practice.

Lifestyle Changes
What’s the most obvious way to limit and reverse the effects of chronic stress and lack of sleep? Stop stressing out and start sleeping. Now, I realize that’s much easier said than done, but a good place to start is to stop multitasking. Rather than watching TV and scrolling through social media while you eat dinner, try just eating dinner. Focus on enjoying your food and being present in the moment. Then you can start introducing the same concept to the rest of your life.
And speaking of eating, there are many recommendations to help balance Qi based on everything from your symptoms to the seasons. For example – in spring the dominant organ is the liver, so detoxifying the body and liver are highly recommended. This means lots of green foods and sour foods (think pickles, green apples, etc.). For more recommendations like this, you can follow me on Instagram @altitudeacu.danishabogue.

Chinese Herbs
There are hundreds of herbs used in Traditional Chinese Medicine based on their effect on Qi, and whether they carry yin or yang energy. Western medicine is starting to come around and acknowledge the benefits of plant-based medicine, even if it’s not phrased the same way. For example – it’s pretty common knowledge that cranberries can be helpful in treating UTIs and maintaining bladder and kidney health. We’re told it’s because of specific vitamins, or anti-oxidants, or even that we’re not sure why it does that. In TCM, the focus is on the energetics of the plant. Cranberries are sweet, sour, and cold in nature, so they stabilize, astringe and purge the heat that is associated with toxins found in the kidneys and liver.
Please note that it’s important you don’t just start taking herbs willy-nilly. There is a lot of background and evaluation that goes into determining the best herbs, herbal combinations, and quantities that are right for you and your specific ailments.

Acupuncture
Acupuncture is the art of placing needles at specific points in the body to stimulate the Qi in your body to flow. When Qi becomes blocked, the energy in that area can become stagnant, leading to imbalances that manifest as mental, physical, or emotional afflictions. Because of the pathways that Qi takes in the body, the effects of blocked or stagnant energy may not even be felt in the same area. For instance, there are points on the hands and feet that correlate to the internal organs.

Cupping
Cupping can perform a similar function to acupuncture – serving to break up stagnant energy and promote balance and healing. With cupping, fire is used to create suction in a glass cup that is placed on the skin. This draws the tissues up which brings in fresh blood and oxygen to the area, flushing stagnant blood and pooled toxins away.

Regardless of what you call it, we are, on our deepest levels, all made of energy. It makes sense that in order to have a balanced and healthy life, we need that energy to flow properly. If your Qi isn’t flowing the way it should, Traditional Chinese Medicine has options that can be used individually or in conjunction to help you regain your balance and feel better. 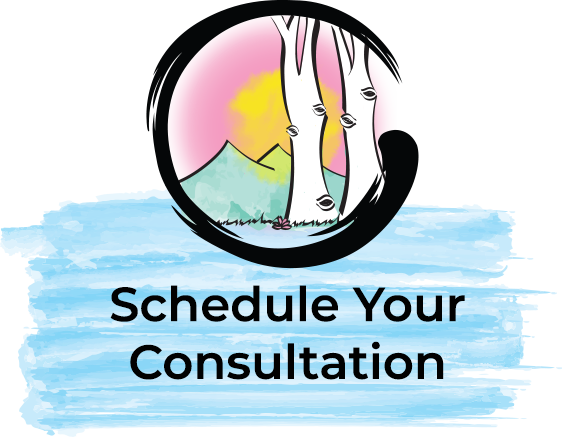